Three Michigan startups from mid-Michigan have just been named to a Michigan list of 25 top startups to watch, the Renaissance VC Fund list. Ann Arbor-Detroit and Traverse City aren’t the only Michigan cities creating welcoming communities for new tech startups. According to incubator Lansing LEAP, which supports new ventures in the Mid-Michigan region, “The Lansing area grew by 5% in 25 critical high-tech occupations from 2015-2020 and projects an additional 4% growth from 2020-2025, outpacing the national average.” Lansing is not known as one of the bigger emerging tech hubs in the Midwest, but its network of advanced manufacturing, seat of state government, and growing funding make it a critical and growing part of the Midwest’s long-standing effort to recover and diversify the economy and provide new businesses with a healthier climate to operate with a much lower operating cost than on the coasts.

Traverse City’s 20Fathoms just announced its new HealthSpark Accelerator for digital and telehealth startups, to be held virtually starting April 12, 2021, running through June 30. Preference is given to Michigan companies, but the cohort is not restricted to Michigan only so the virtual format means this could be a great opportunity for a startup from any location. “HealthSpark is a 12-week high-intensity program,” 20Fathoms Executive Director Lauren Bigelow tells Cronicle. “We have pulled experts from across the country who are both leaders and practitioners,” she says, so that startup founders gain experience and can network with leaders in their space who know what it is to build a digital or telehealth startup on the ground.

Have a new startup in mobility, sustainable energy, or tech that you would like to pitch? Ann Arbor SPARK has just announced a number of opportunities for startups, particularly in the mobility space, to get their name out and find funding. Here are some new announcements of opportunities for Michigan startups from Komal Doshi, Director of Mobility Programs at Ann Arbor SPARK, Ann Arbor’s premier business support organization for tech startups.

Ann Arbor security startup Censys has hired Duo West sales veteran Will Saso of San Jose, CA, to head up its worldwide sales. We take this as a positive sign that security startups in Ann Arbor are able to draw in top hires from Silicon Valley, if still not outside their Duo network of talent.

What’s going on lately with all the pitch groups and networking events that have gone virtual? This month, we’re seeing tech groups focus on planning through the end of the coronavirus pandemic to look forward to how work and life will function in the future. Also, we’re seeing a lot of conferences and pitch groups focused on agtech and health and wellness as well as COVID response technology and data analysis. Plus, some regular hackathons are still happening that you won’t want to miss out of Detroit.

How does someone build a career in successful startup exits 5 companies deep in a smaller and still emerging tech hub like Ann Arbor? Ask Jim Simpson, who has done just that in the burgeoning security startup scene in Ann Arbor with startups including Duo Security and Arbor Networks. Now new security startup Blumira, whose alumni include people from Duo Security, Censys, Groundspeed, Deepfield by Nokia and the NSA, has just hired Ann Arbor security startup veteran Jim Simpson as VP of Product as the company heads into its next building phase. Blumira has closed on $2.6 million in funding in the last year and recently doubled its team of about a dozen to two dozen, hoping to double that again in the next year to 50. We chatted with Simpson this week about the company’s rapid growth and how Blumira is working with the dynamics created by COVID-19 instead of against it to build success.

Entrypoint’s current Washtenaw County COVID-19 Business Impact Report is now available for anyone wanting an in-depth look at how the coronavirus pandemic has affected businesses in Ann Arbor’s business industries over the past year. Cronicle reported on the upcoming research earlier this year, and it’s now complete and updated for current market conditions.

You live in Ann Arbor or maybe you just work here. From the chatter on the street or in the restaurants, you know thousands of people here work in technology. Walking from Main St. to State St., it’s hard to not notice a tech t-shirt, banter about code, signs on offices with made up words. Whether they’re startups or billion dollar businesses with offices here, tech is all over Ann Arbor today and they’re all hiring. There is so much happening, where can we all find out about what’s going on where? 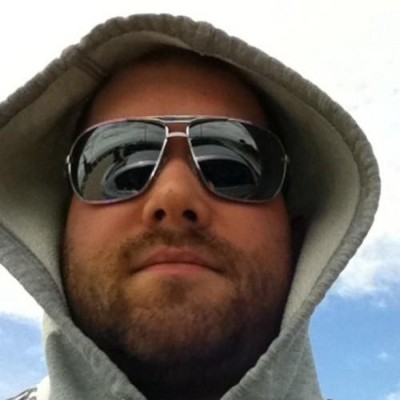